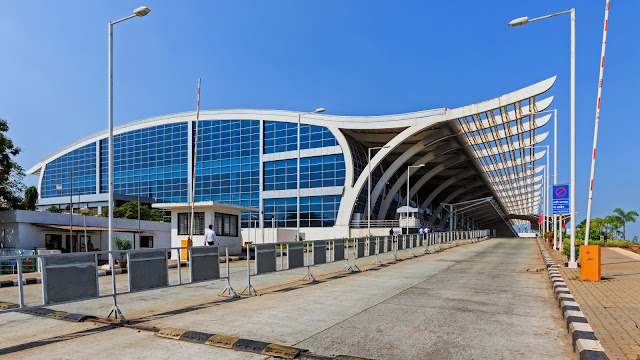 It is also known as Dabolim airport, because it is situated in the village of Dabolim in South Goa. This Dabolim Goa Airport is located 29 kms southwest of Panaji / Panjim, the capital city, and 4 km of Vasco da Gama the only Port town city of Goa. This is a Military run, managed, owned and controlled airport with  permissions for civilian planes to land over here. Certain hours during day it is closed. Goa Airport traffic handling capacity is growing extremely fast, in 2014-2015 Dabolim Airport handled more than 5.3 million passenger, this is an increase of 19.1% in terms of passenger traffic.

Goa Dabolim International airport is the 9th biggest airport of India with respect to handling of passenger traffic. More exponential growth is expected in future years.

Since March'14, the airport has a latest well designed and equipped with latest technology and modern terminal, which has done away with the old Domestic Terminal and the old International Terminal, now remaining unused.