on December 21, 2017
Just a decade or two ago, one had difficulty in finding a decent restaurant to eat out in Goa and today in 2012-13 one has a plethora of choices to suit ones palate, plate and pocket. 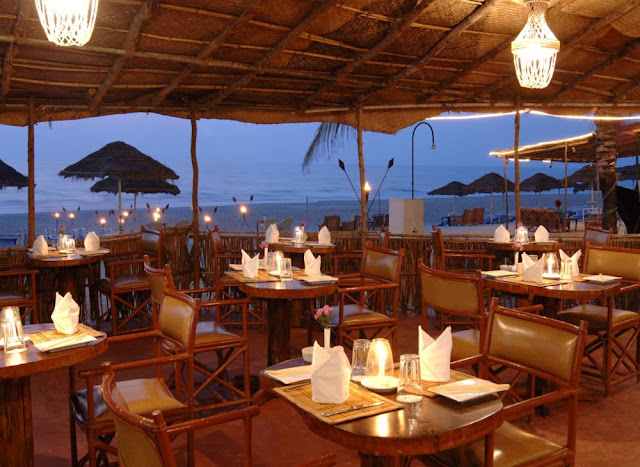 Today in modern Goa post the Portuguese era, post the liberation era, post the liberated woman of Goa and India who does not feel ashamed of admitting that they do not like cooking at home. Thanks to a majority of the younger home makers of Goa and elsewhere who do not consider cooking at home glamorous & fun, has given ample of enterprising opportunities for the food and beverage industry to develop into a full-fledged business in Goa.

There is not a single street of Goa, especially within the major cities of Goa such as Ponda, Panjim, Margao, Vasco, Sanvordem, Bicholim, Sanguem, Vasco, & Valpoi where one has difficulty in finding a restaurant or a food joint. Every major or minor street of Goa has some restaurant for those who like or love to eat out.

With Multiple choices have come Multi Cuisine Restaurants in Goa and also Speciality Restaurants. Whoever had thought that the wonderful homemade recipes concocted by grandmothers and passed on from generation to generation would be needed to be commercially preserved for posterity and those who love Goan taste foods?

Bygone are those days when food was just segregated as Vegetarian Goan Food and Non Vegetarian Goan Food. Now we have the Saraswat Brahmin Community of Goa coming out with their annual Saraswat Food Festival to communicate through our taste buds as to what is Goan Vegetarian Food. Those interested in knowing more about their yearly food festival event in Goa can visit their Facebook page at http://www.facebook.com/pages/Saraswat-Food-Cultural-Festival/479355265220

In Goa, Saraswat food cuisine is the gastronomy of the Saraswat Brahmins from the Konkan region on the western coast of India. Saraswat cuisine differs from sub-Saraswat Brahmin sects and region. Saraswat cuisine originally hails from Goa, India. Goan Saraswat cuisine is known all over the western coast of India. Each difference and variety in the Saraswat style has its unique flavour and makes uses of different vegetables and fruits available in the state of Goa. Saraswat cuisine mostly pesco-vegetarian, while in certain sects it is strictly vegetarian."Pescetarian" is defined as, "one whose diet includes fish but no meat". It is the preparation of a nutritious diet that includes seafood (fish) but not the flesh of other animals.

These Goan food restaurants, one will find them mostly in the interiors of Goa. Goan Cuisine restaurants involve mostly with Non Vegetarian Food delicacies involving meat such as Beef, Pork, Chicken, Turkey, Mutton & fish etc. Goan food restaurants are liked equally by Indian tourists and the local Goan residents too.

Most of the Seafood restaurants of Goa are located along the coastal belt of Goa. Every beach of Goa comprises of a local traditional fishing community, which is involved in the daily business of fishing activity. So fresh fish from the Arabian Sea is not far away from your seafood plate in one of the many beach side Goan sea food restaurants. Also maximum of the tourists visiting Goa love the sea and seafood, so hence it was natural for the seafood restaurants of Goa not to be far away from the beaches of Goa.

As much as the permanent resident population of Goa, almost that many floating tourists from India and foreign countries visit Goa. To be able to cater to the food tastes of a wide group of people, many restaurants in Goa now offer Multi-Cuisine food.

Wherever there are lover of food and foodies, then the south Indian restaurants cannot be far away. It is very easy to find the 100% Purely Vegetarian Restaurants all over Goa. They are more popularly known as UDIPI restaurants in Goa, namely because their fore founders of the restaurant industry originate and have their roots in the temple town of Udupi.

Goa is flooded with North Indian tourists so much that enterprising restaurateurs were not blind to an easy business opportunity of providing North Indian Food & Cuisine in Goa for Indian tourists to make them feel at home while holidaying in Goa and also attracting the local populace to some spicy north food.