The Muslims or Mohammedans in Goa are quite less in population and is the second largest minority in Goa. There is a lot of difference in customs and cultural attitudes within the Muslim community in Goa. The Muslims who are ancestrally born in Goa speak the local language of Goa that is Konkani with pride, but most of the new entrants of Muslims to Goa are mostly through the continuous migration from neighbouring Karnataka and Maharashtra. 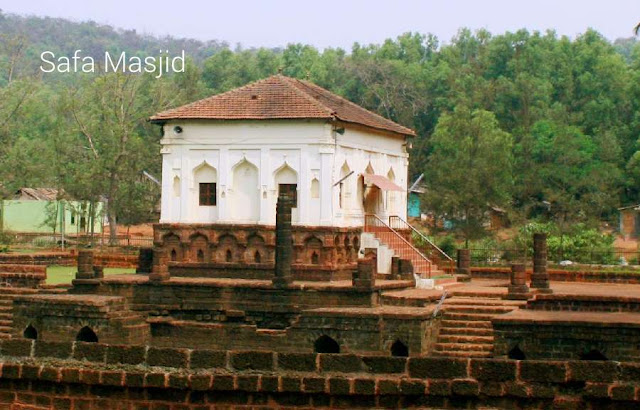 The Born in Goa Muslims

The Muslims that were born in Goa during the Portuguese rule or regime in Goa are very similar in their Goenkar (Goan) attitudes of life and living. They are very fun loving and liberal in nature and at the same time they also owe the due and necessary allegiance towards their deity or god Allah.

The Migrated Muslims of Neighbouring States in Goa

These modern day Muslim men, Muslim women and Muslim families that have migrated for better opportunities from neighbouring cities such as Belgaum, Hubli, Dharwad, Karwar etc. from Karnataka state and from other villages of Maharashtra bring along with them their Maharashtrian Muslim culture or Karnataka Muslim Culture along with them to Goa. They are more traditional and less liberal and less modern in their attitudes and cultural outlook as compared to the ancestral Muslims of Goa. The migrated Muslims always consider themselves more Islamic and more dedicated towards the religion of Islam than their minority brethren who were born in Goa.

The present day population of Muslims in Goa has not grown due to the birth statistics, but due to complete freedom of migration as provided and enshrined within the Constitution of India. People of all religions including people from Islam are allowed total and un restricted movement of their domicile from one state to another state without any restrictions. Hence according to the Population Census of India in 1991 there were only 61,455 Muslim residents in the state of Goa. By the year 2001, the permanent Muslim resident population of Goa rose to 92,210. Present day Muslim Population of Muslims in Goa is around 8 % of the population of Goa.

More Muslims in Goa, hence the upsurge in Mosques in Goa

Mosques are the prayer houses of Muslims in general anywhere in the world. With the growing population has come the growing need of more public places of worship of Muslims around Goa. Currently around 27 Mosques exist in Goa.

The Safa Shahouri Masjid is the biggest and most famous of Mosques (Masjid) in Goa. It is also Goa’s oldest Mosque (Masjid) from the period of 1560 built by Ibrahim Adilshah of Bijapur. Do not miss the “Meharab” designs on masonry in the small chambers around the water tank.

Other Mosques (Masjids) of Goa