Goa was first to introduce Printed publications in India and Asia

The skill of lithography also called printing in simpler words first arrived India through Goa. In a letter to St. Ignatius of Loyola, dated 30 April 1556, Father Gasper Caleza communicates of a ship transporting a printing press setting sail for Abyssinia from Portugal, with the purpose of facilitating missionary work in Abyssinia. Conditions stopped this printing press from leaving India, and subsequently, printing was introduced in the country. 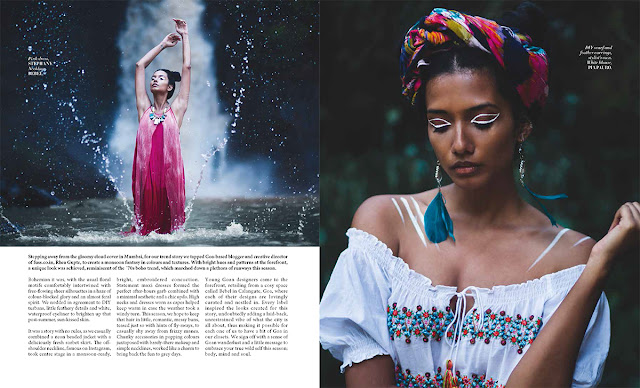 Printing arrives to Goa, then India and then to Asia.

Printing reachedGoa about a hundred years after the Gutenberg Bible was first printed.Printing processes began in Goa in 1556 (with the first printing press being established at the Jesuit Saint Paul's College in Old Goa), resulting in the publication of ConclusionesPhilosophicas. 1557 saw the subsequent printing of St. Francis Xavier’s Catecismo da Doutrina Christa five years after the death of its author.

The individual responsible for the commencement of printing in India was one Joao De Bustamante (rechristened Joao Rodrigues in 1563), a Spaniard who joined the Society of Jesus in 1556. Bustamante, who was anskilled printer, along with his Indian assistant set up the new press and began to run it. Among others, four books are known to have been printed by Bustamante:

The earliest, surviving printed book in India is the Compendio Spiritual Da Vide Christaa (Spiritual Compendium of the Christian life) of Gaspar Jorge de Leão Pereira, the Portuguese Archbishop of Goa. It was printed by Joao Quinquencio in 1561 and re-edited by Manuel de Araujo in 1600, and was embroidered with ornate woodcut initials on each opening chapter. This was continued by the printing of Garcia da Orta’s Colóquios dos simples e drogas he cousas medicinais da Índia on 10 April 1563 by Joao de Endem.

Printing in India picks up.

It was not till 1706 when Bartholomew Ziegenbalg, a Danish missionary, arrived at Tharangambadi that printing in India could flourish again. A printing press arrived around 1712-13 and the Tranquebar Press manufactured its first publications. On Ziegenbalg’spersistence, the first Tamil periodical from the press reached the mass in 1713, followed by the New Testament in 1715. It was as late as 1821 that printing was revived in Goa with the starting of a weekly called Gazeta de Goa, later known as the ChronistaConstitucional de Goa (1835) and still later, the Boletim de Governodo Estado da India (1837).

From 1940 to 1960 there were four to six printers in Goa, of which the prominent ones were JD Fernandes, Gomantak Printers and Borkar Printers. Smaller entrepreneurs also joined the printing business in Goa. One of these was a teacher in a local school in Curchorem. Rohidas Bandekar who quit his profession of teaching to start a press by the name of Bandekar Offset.