on December 08, 2017
Goa is a land that redefines holidays, with its exquisite mix of sun, surf, and beaches; Goa has become the ultimate tourist destination. Goa is a tiny emeralds land with its natural scenic beauty, attractive beaches and temples, famous for its architecture, feast and festivals and hospitable people with a rich culture. So get swept away in Goa by the spectacular sunrises and sunsets and rejuvenate yourself. Portuguese merchants first landed in Goa in the 15th century, and annexed it soon after. The Portuguese colony existed for about 450 years (one of the longest held colonial possessions in the world), until it was taken over by India in 1961. 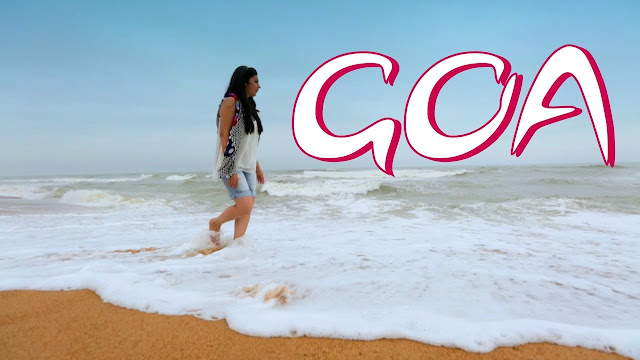 Goa is India's richest state with a GDP per capita two and a half times that of the country as a whole. It was ranked the best placed state by the Elevent h Finance Commission for its infrastructure and ranked on top for the best quality of life in India by the National Commission on Population based on the 12 Indicators.

Rice is the main food crop with pulses, ragi and other food crops are also grown. Main cash crops are coconuts, cashewnuts, arecanuts, sugarcane and fruits like pineapples, mangos and bananas. The State has a rich forest cover of more than 1,424 km². Goa's state animal is the Gaur, the state bird is the Ruby Throated Yellow Bulbul, which is a variation of Black-crested Bulbul, and the state tree is the Asan.

The important forests products are bamboo canes, Maratha barks, chillar barks and the bhirand. Coconut trees are ubiquitous and are present in almost all areas of Goa barring the elevated regions. A large number of deciduous vegetation consisting of teak, sal, cashew and mango trees are present. Fruits include jackfruits, mangos, pineapples and blackberries. Goa's forests are rich with medicinal plants.

Tourism is generally focused on the coastal areas of Goa, with decreased tourist activity inland. In 2004, there were more than two million tourists reported to have visited Goa, about 360,000 of who were from abroad.

Goa has two main tourist seasons: winter and summer. In the winter time, tourists from abroad (mainly Europe) come to Goa to enjoy the splendid climate. In the summertime (which, in Goa, is the rainy season), tourists from across India come to spend the holidays.

The state of Goa is famous for its excellent beaches, churches, and temples. The Bom Jesus Cathedral, Fort Aguada and a new wax museum on Indian history, culture and heritage in Old Goa are other tourism destinations. Rice with fish curry (Xit kodi in Konkani) is the staple diet in Goa.

Goan cuisine is famous for its rich variety of fish dishes cooked with elaborate recipes. Coconut and coconut oil are widely used in Goan cooking along with chili peppers, spices and vinegar giving the food a unique flavour. Pork dishes such as Vindaloo, Xacuti and Sorpotel are cooked for major occasions among the Goan Catholics. An exotic Goan vegetable stew, known as Khatkhate, is a very popular dish during the celebrations of festivals, Hindu and Christian alike. Khatkhate contains at least five vegetables, fresh coconut, and special Goan spices that add to the aroma. Sannas, Hitt are variants of idli and Polle, Amboli, Kailoleo are variants of dosa; are native to Goa. A rich egg-based multi-layered sweet dish known as bebinca is a favourite at Christmas.


The first literary reference to Goa is mentioned in the Bhishma Parva of Mahabharata as Gomanta (Gomantak) which means the region of cows. Parashurama is regarded as the creator of Goa. Click here for more information on Goan Vedic History.Goa in Mythology

Currently people refer to Pre Portuguese History of Goa and Goa after Independence. Goa has Mughal history, Maratha history and Goa's history goes back to even 20,000–30,000 years. Goa has been under the Mauryas, Shatvahanas, Bhojas, Kadambas, Silharas, Chaukyans, Adilshah of Bijapur and finally the Portuguese. All this rulers have left their mark on the culture of Goa. Among the locals the Desai's and the Rane's were prominent warrior class. The Portuguese descended in Goa during 1498. During the Portuguses rule a lot of Goans, Hindus and Catholics alike fled to the neighbouring states of Karnataka and Maharashtra to escape the persecutions of the Portuguese. The portuguese ruled Goa for around 450 years till Goa was liberated by the Government of Goa in 1961.

Most of Goa is a part of the coastal country known as the Konkan Coast, which is a cliff rising up to the Western Ghats range of mountains, which detaches it from the Deccan Plateau. Goa is India's smallest state in terms of area and the fourth smallest in terms of population. Goa which is Located on the west coast of India in the region known as the Konkan, it is bounded by the state of Maharashtra to the north, and by Karnataka to the east and south, while the Arabian Sea forms Goas western coast. The highest hill in Goa is the Sonsogor, with an altitude of 1,167 meters (3,827 feet). Goa has a coastline of 101 km (63 mi).Goa encompasses an area of 3,702 km2 (1,429 sq. mi).

Goa has a tropical climate with hot & humid summers, wet & cool monsoons, and short spell of winter. May is hottest with day temperatures of over 35 °C (95 °F). June to September are the wettest rainy months of Goa. Winter is during tourist season of Goa from mid-November till mid-February. with around 21 °C (68 °F) at night and around 28 °C (84 °F) at day. Goa receives and average rainfall of about 300 cms.

Other Towns of Goa

Goa abounds in festivals and fairs around temples and churches which also commemorate early legends. They are the occasions when a Goan peasant manifesto joy and happiness. If you are under the impression that Goa is only about Portuguese Culture then be ready for a surprise. Click here to know more about Goan Culture.

Goa has a very improved network of airways, which has made the state to remain connected with the most of the important cities of India. The Dabolim Airport of Goa is located 30 km from Panaji, the capital city of the state. It is situated near Vasco-da-Gama, the port town of Goa. The airport is owned by Indian Navy and various national and international flights are operated. Some of the major airlines which have regular flights to and from Goa are Indian Airlines, Sahara Airlines, Jet Airways, Spicejet, JerLite, Kingfisher Red, Kingfisher Airlines, Paramount Airways, IndiGo Airlines and MDLR Airlines. In addition to passenger planes, cargo planes are also operated from Dabolim airport.
Various chartered flights from England and various other European countries are operated from Goa. Some of the major cities of India where flights from Goa are operated include Ahmedabad, Calicut, Bangalore, Kolkata, Chennai, Chandigarh, Delhi, Cochin, Lucknow, Mumbai, Mangalore, Pune, Srinagar, Hyderabad, Delhi, Trivandrum and Srinagar.

Goa is connected with Inter State buses from Maharashtra, Karnataka, Andhra Pradesh and Kerala. Long distance buses, sleeper buses and all sort of VIP-Volvo-buses run from Mumbai and from other cities to Goa.
These buses are not five star deluxe sleeper buses as taxi driver might say. So be aware of this before he fools you to buy the ticket to one of these. Ignore the snacks from the street vendor before entering the ride. There are cheaper long distance buses also available.
The highly structured network of roadways helps the state to remain connected with the principal metropolitan cities of India. The National Highways, 4A, 17A and 17 connects the various Indian cities. National Highway 17 connects Goa with Karnataka, Maharasatra and with some parts of Kerala.
National Highway 17A is a shorter highway joins the east coast of Goa with the west coast.
National Highway 4A that crosses Panaji connects with cities like Belgaum with Karnataka and other important cities of this South Indian state.

Goa has two railways: One is the South Western Railway and the other is Konkan Railway. Konkan Railways is an easy way to reach Goa.

Panjim, which is on the banks of the Mandovi River, has a minor port, which used to attract passenger steamers between Goa and Mumbai till the late 1980s. There was also a catamaran facility connecting Mumbai and Panaji functioned by Damania Shipping in the 1990s.

Coming Soon. Helicopter Tourism and transportation by helicopter is coming to Goa.

Goa is famous for its Old Portuguese Architecture and wonderful modern designed Goan Homes. Not to be missed is the architectural designs found in ancient churches.

Football is the first love of Goans. Next is Cricket.

Doordarshan is the Government Channel beamed from Mumbai (Maharashtra). There is no independent Goa Doordarshan as yet.
There are over 12 Marathi News Dailies, 04 English News Dailies, O1 Konkani News Daily and lots of Magazines.
Goa has some independent TV Channels. They are HCN, Goa 365, Prudent Media,

Majority is Hinduism, Next is Christianity, Then Islam and others.
General Information on Goa