What is a Hotel Star Rating?

Hotel star ratings are a universal guide to defining hotel quality at a glimpse. Dependent on the site, a star assessment and evaluation may be based on a national standard, by a travel or hotel association, or by the hotel itself. However, generally speaking, tourists&travellers can expect certain comforts based on certain star rankings. 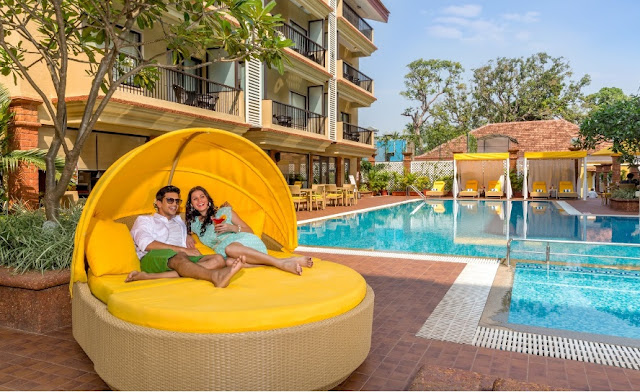 Standardization of Stars for hotels.

The star rating system is used to categorize hotels by quality. The classification is normallyconsistent and trustworthy; however, how and by whom the rating standard is applied varies widely as there is no international standard and, in some cases (including the United States), no national rating standard. In the latter case, the rating is by either a private organization (such as AAA does in the United States) or possibly even by the hotel itself. Austria, Belgium, Denmark, Germany, Greece, Hungary, Italy, Malta, Netherlands, Portugal, Spain and Switzerland have a national system, either because it is authorized by law or conducted by the national hotel association

One- and Two-Star Ratings

One starhotels are economical and inexpensive tourist hotels. Their main quality is that they are clean. Rooms may or may not have private bathrooms and will only have nominalfurniture and fixtures. Expect the conveniences to be basic or absent. Two stars are a little better, and many are part of a chain. Rooms will always have a private bathroom and toilet, television and telephone. There may or may not be room service, but there will perhaps be a small restaurant at the hotel if the facility is located far from external food service.

A three-star hotel is a perceptible step up from a two star, with the furnishings showing some quality and style. Conveniences such as room service, a restaurant open for all three meals, swimming pool and basic fitness rooms are usually available. The rooms always have access to cable or satellite television. The four-star hotel takes a further step up in terms of decoration and enters the territory of top-quality proficient service from the staff. A higher-end restaurant and bar will be a part of the hotel, and valet parking service will be obtainable. Many will also have at least some or all of the following: fitness centre, spa, swimming pool, lounge and concierge. Four-star hotel rooms often come with a safe or locker facility.

Five-star hotels are the top of the unofficial ratings system as it is usually recognized. The decoration and landscaping will always be excellent. Eating place will include at least one restaurant, cafe and bar/lounge--and usually more than one of each. The convenience of 24-hour room service is standard. A spa may accompany the swimming pool and the gym or fitness room. Guest services will include services such as therapies and massages at the spa, laundry and tailoring, valet parking service and a concierge. The rooms will be furnished with touches such as stocked bar and refrigerator, DVD player and Jacuzzi function in the bath tub.

Hotels promoting themselves as six and even seven star hotels can be found, but these titles are almost always made by the hotel itself and are rarely acknowledged by any outside authority. Examples include the Burj Al Arab in Dubai, the Oriental Bangkok, and the Town House Galleria in Italy. These facilities should be thought of as hotels that deserve a five-plus rating, as they do generally exceed the five star standards in some or most departments. Goa does not have any 6 or 7 star hotel as yet.