on December 08, 2017
Goa was once upon a time, around early 15 th Century not a land of Churches and Crosses. It was made as the Rome of the East by the enterprising Spice Merchants of Portuguese. Besides bringing spices and fruits such as cashew fruit & nut, chillies and pepper they also introduced their foreign western culture and foreign religion of Roman Catholism – a faith of Christianity in Goa. 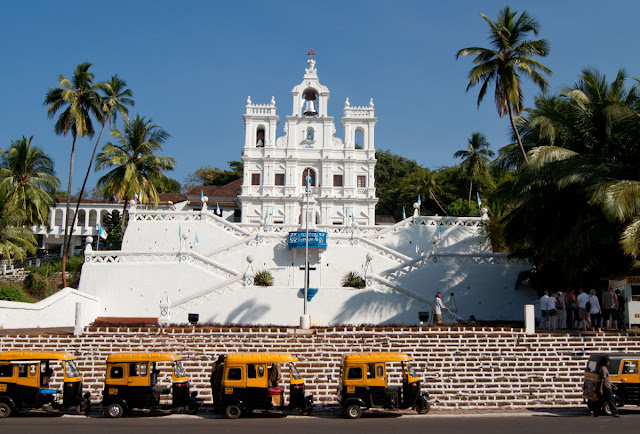 The Archdiocese of Goa has made some effort towards putting up a simple website about brief & basic information about each and every church along with a photograph. This collective effort of the Catholic Church in Goa can be seen at www.goanchurches.com

This 16th century shrine is one of the utmost earliest and famous religious structures of Goa. It is claimed as the first very church to be built on the soil of Goa, by the Portuguese rulers and it was built as a memorial of the conquest of Goa by Albuquerque. The Chapel of St. Catherine is situated in Old Goa and is devoted to St. Catherine.

Churches of Goa are Romantic

A lot of Non-Christian Indian Girls love the peace and charm that comes along with the environments of Churches and huge Chapels. Lots of teenage girl’s desire in India at least to dress once in the Christian white Bridal Church Wedding Dress. Romance is associated with Churches anywhere in the world because of the message of, “Agape Love” that was preached by the founder of Christianity.

Churches in Goa are Roman Catholic by Faith

For those who do not know about Christianity, Catholism is one of the hundreds of different paths or faiths through which Almighty GOD is worshipped through Jesus Christ. Majority of the churches in Goa are associated and affiliated directly to the Catholic Church of Rome. Hence they are all Roman Catholic Churches of Goa in India.

Churches in Goa are Magnificent

Churches in Goa are timeless masterpieces having a mixture of art, culture, faith and skill. The architecture of Goa is a pleasant amalgamation of India, Mughal and Portugal styles. Since the Portuguese ruled this place for more than two centuries, many churches bear a conspicuous component of the Portugal style of architecture. Goa was also under the Mughal rule and thus one finds shrines erected in the typical Mughal style complete with the domes. The magnificent churches of Goa come mainly from five periods of time. The Early period - From 1510 - 1550 AD, The Baroque period - From 1550 - 1660 AD, The Indian baroque period - From 1660 - 1760 AD, The Rococo period - From 1760 - 1899 AD, The modern period - From 1900 onwards.