What is a beach shack in Goa? 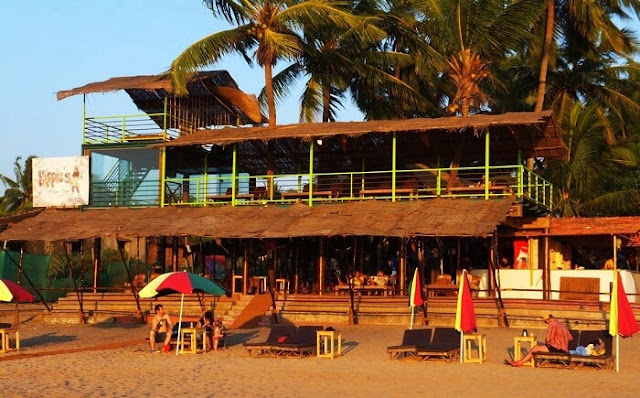 Goa beach shacks are built from natural materials so that minimum damage is done to the natural beach eco system of Goa. Once the South West Monsoons arrive in Goa around June then the full herbal huts or shacks of Goa’s beach restaurants are completely and totally dismantled.


From the Arabian Sea to your Seafood Plate

Racism or call it Segregation is practised in Beach Shacks of Goa. Here is why.
Many tourists and first time visitors to Goa find it difficult to understand why the beach shacks of Goa are mostly frequented or favoured by the foreign tourists only. The reasons are many and valid from Goa Restaurant owner’s point of view. Everyone knows that Indian tourists are loud and noisy. Also adult Indian men hardly know how to behave in a public place and also they do not have any etiquette that need to be followed in public places and restaurants especially.

If any Indian tourists have good etiquettes then it is all drowned and forgotten after a couple of beers. Also Indian tourist families feel that when they patronize a restaurant, they end up owning the whole restaurant, its staff and care a damn to other restaurant guests present.

There are hundreds of instances when large group of Indian families allow their children to play all around in the restaurant making it a children’s playground or garden. The cute innocent children cannot be controlled or disciplined by their own parents and family members, so one ends up finding the toddlers & infants walking on the dinner table of the restaurants with the family gathered and sitting all around. There are cases of Indian Tourists children tearing restaurant menus, breaking restaurant items and the Indian parents just turn a blind eye towards this nuisance. When addressed by the beach shack restaurant owners, they reply back in Hindi, saying “Bache hi to Hai” meaning “Oh they are just Children”.

Seafood Restaurants officially permitted to run a restaurant directly on the beaches of Goa is permitted by Government of Goa and is the only state of India that allows this facility for the people of Goa.